A rocky ride from Cham Island! 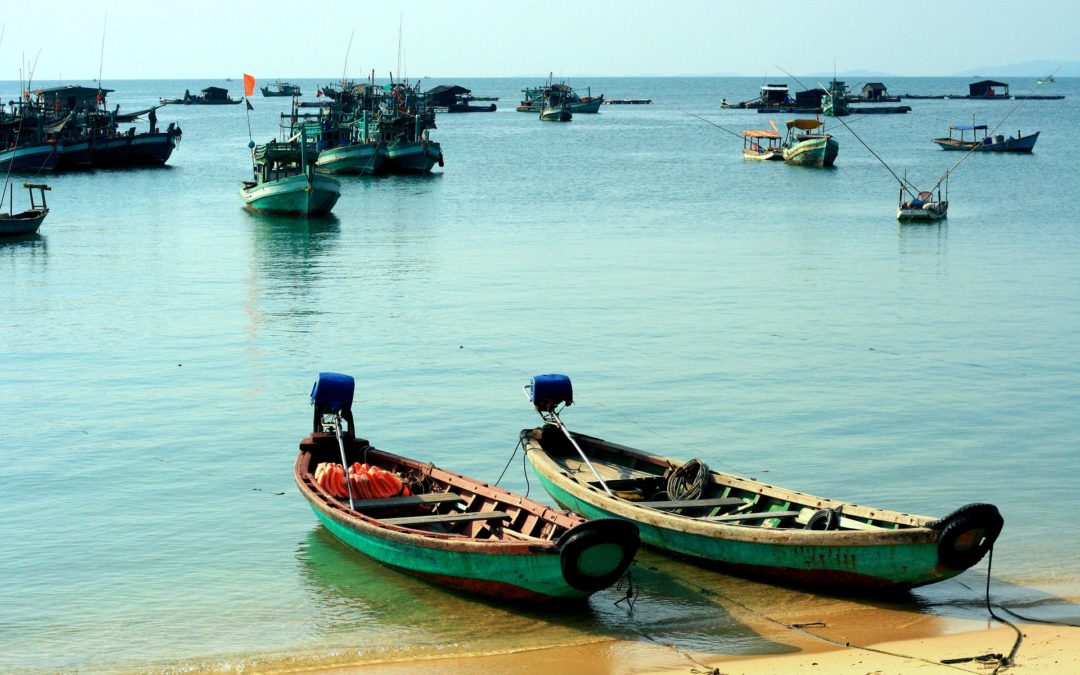 I got a very early morning transfer to Hoi An from Da Nang to do a tour to Cham Island, but we managed to miss the coach. I have still not worked out whether they forgot to pick us up (our friends who were picked up at a different hotel said the company appeared to have no knowledge of us!) or whether we missed the announcement. Either way, we didn’t board the ferry until 10.30am when the tour was meant to leave at 7.30am. Welcome to Vietnam.

The speed boat over was insane, it did not “ride” the waves but literally bounced on and off them, getting us literally soaked and throwing us up into the air each time before we crashed about a metre back down again. It was like a fair ground ride gone wrong, but quite fun!

Snorkelling was really good, once I moved away from the screaming Vietnamese people who were thrashing about in their life vests because none of them can swim. We saw huge, bright blue starfish, lots of electric blue little fish, some colourful fish and I managed to see a very large one. There were also lots of tiny jelly fish and I kept being stung, which was annoying. Again, there was no warning about this.

We returned for lunch and sunbathing on the beach, although all the boats moored on the beach too so after a while there was a smell of petrol and gas across the beach and lots of tourists. (The pictures I took for family back home carefully leave out the tourists!)

I had broken my flip flops on the beach the day before so was walking around the beach in trainers, looking like an idiot. We all piled into the speed boat again, standing on a little plastic chair placed in the sand so we could reach the boat, but three minutes later we were all back on the beach- there was a storm coming!

We were then stranded for the next 3 hours on the island, half of which was on the beach and so OK, the other half of the time we were moved to the harbour which was not very pleasant and very boring. As usual, no-one told us what was going on, we had to guess and just sit and wait. My Vietnamese friend overhead some people talking from Essex and asked “Are they speaking English?! I don’t understand.” Hahaha.

On the walk from the beach to the harbour there was talk of us having to stay the night. I am up for experiencing new things and different cultures, and am usually very relaxed about things like this, but knowing that my $60 hotel room, with its double bed and en-suite was waiting for me, I was not in the mood to be stranded on an island without western toilets or electricity. Luckily, the storm past just in time but the ride back was “rocky” to say the least! When we arrived I witnessed a poor woman being sick countless times over the edge of the boat…

When we got back my Vietnamese friend from Hanoi and her friends needed to go and pick up their custom made shoes, but we got very lost, she had no idea where she was going, and I found myself becoming very irritable traipsing around after people when I didn’t need to get shoes and would have been happier doing something else! After the stress of flying solo and having doubts about independent travel, the amazing time I had in Da Nang made me realise the highs of independent travel definitely out way the lows, and travelling alone doing exactly what I wanted, when I wanted, was the way forward! I told my friend that I would not meet her or her friends until lunch the next day,as I needed some me time again!