A Stormy Night, A Painful Goodbye, and an Unlikely Saviour 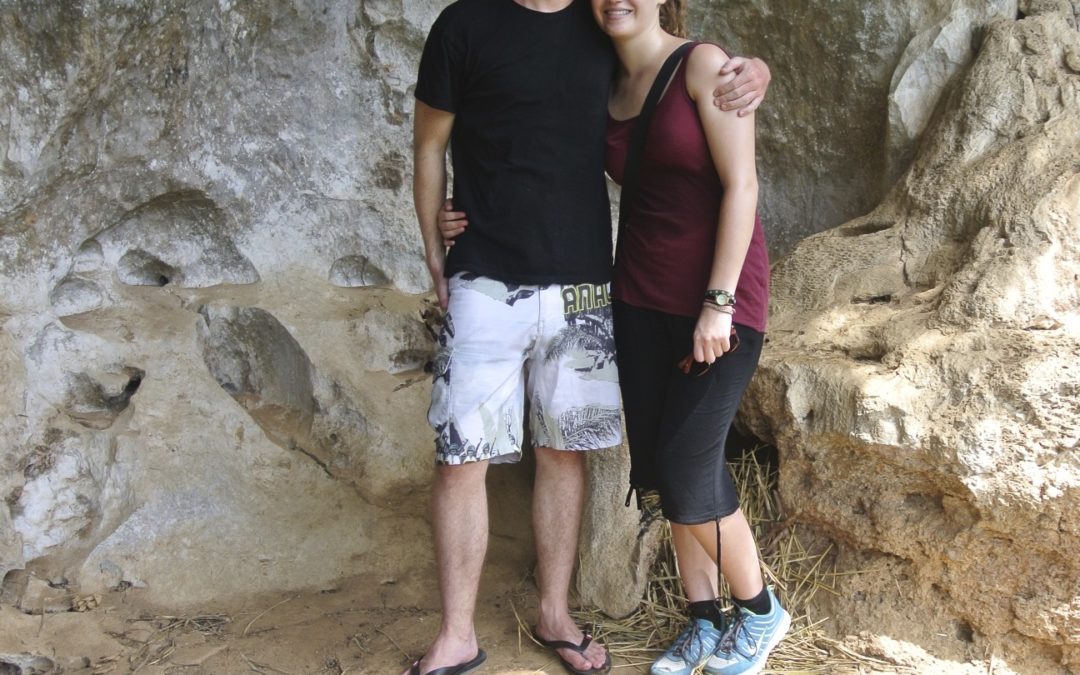 A Stormy Night, A Painful Goodbye, and an Unlikely Saviour

It was Connor’s last night. We all had a chilled meal together and watched the thunderstorm, which was awesome. I’ve never heard thunder that loud, it sounded like gunfire and made me think of Vivianetnam tumultuous past. It truly ‘cracked’ through the sky. We spent most of the night in a small pub, playing feel-good songs. Connor and the lads put on every Irish folk song they could think of and sung very loudly! In the end, our group pretty much took over the whole pub, which the staff loved because we attracted loads of customers! It was a night I think I’ll remember forever.

Waking up on Saturday morning, my first thought was that Connor was leaving. I’d grown so close to him, he had become a best friend and the person I’d go to for everything over the last three months. I’ve told him things I’ve never told anyone before. I guess that’s the reason I wanted to travel in the first place – to meet amazing, life-changing people. The first three months was Sophie and Vivian, the next three was Connor and his friends. I wondered who would be next. The unknown was exciting, but at that moment it was outweighed by the pain of saying goodbye.

I was pretty disciplined, I didn’t cry the whole time. We spent a lovely morning chilling out and I helped him pack. He left me loads of travel books, a Vivianetnamese food dictionary, and a bike helmet. The bike helmet would probably come in useful, but the best gift he left me was a whole new understanding of myself and what I wanted from life.

I headed over to Vivian’s to meet her and Harry, we watched Superbad, an awful film aimed at boys…Harry’s choice. Then we headed out for dinner and I decided to head home as I was feeling down and wanted some time alone. And that’s when I realised I’d lost my keys the night before. That’s when I truly felt like crap. We walked backed to the bar we’d been in the night before, the staff said they’d seen them but now they’d gone. I left them Vivian’s number, just in case, but deep down I knew that was the end of them. To add insult to injury, I knew the security guards didn’t have any spares.

I took Harry’s keys and tried to get the security guard (who spoke no English) to let me in. It didn’t work. I tried ringing my boss, Trang, who couldn’t hear me in the echoey corridor. She just kept saying “Where are your keys?!” Eventually, I just told the security guard that I was going to sleep in flat 5. Though I soon realized I had no money, laptop, toothbrush, facewipes, or clothes for the next day. I think it’s fair to say that I was in my worst mood since arrivingg in Hanoi (well, other than when Steve was around!). Luckily, my knight in shining armour arrived, not Connor, but the security guard who had removed the padlocked bars with a screwdriver. I got into my own bed, in my own apartment, and wondered if this was someone’s way of telling me that things can always be worse!