A very windy beach, a panic over my flight ticket and a hatred for Vietnamese airlines! 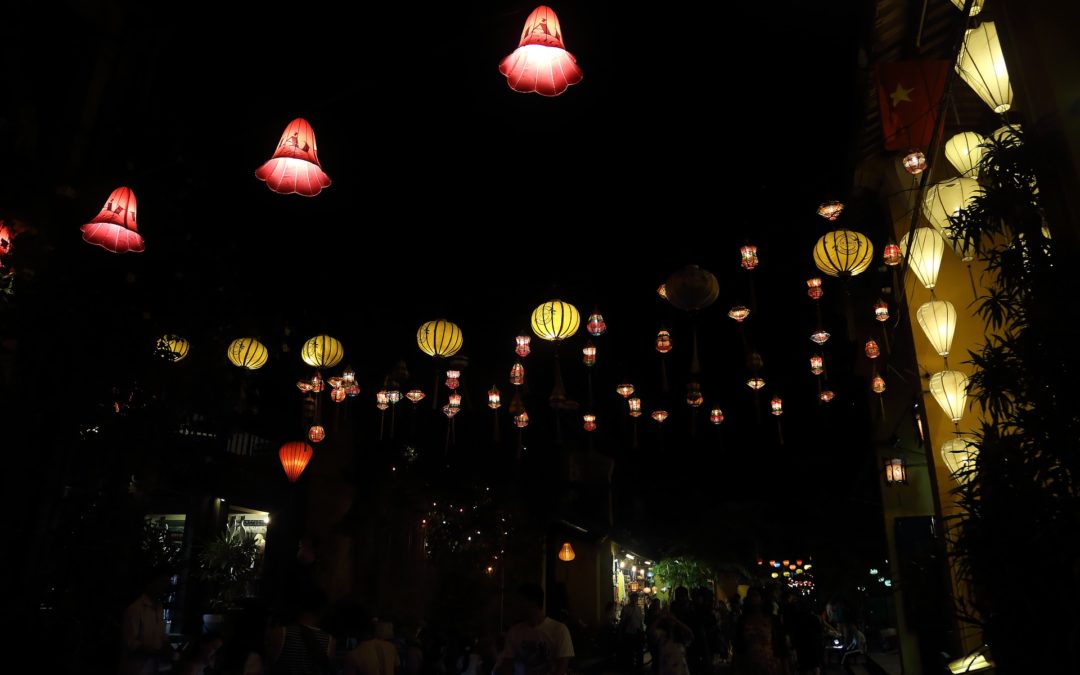 I was awake at 6am and lazed around in bed until 9am, which was amazing!! I love holidays. I hired a bicycle and cycled to the beach, past the rice fields and over a little lantern bridge, it was lovely, so peaceful!

I had to pay 5000 vnd to park my bike which no-one told me about and was bright red after just 30 minutes of being in the sun, even thought I was covered in factor 30. Luckily I caught it just in time and went for a swim to cool off. The beach was nice, but both the beaches have been a little disappointing, I think because there were so many Vietnamese tourists. However, it was blue sky, clear water and white sand so I shouldn’t complain! I think maybe I’m just not the biggest fan of beaches, I prefer rocks and waterfalls!

The wind picked up and was in full swing, so I had sand stuck on my face, in my hair, in my ipod and in my eyes. Most people vacated the beach. I sat on a wall facing the beach and wrote some postcards. On the way back I took photos and went for lunch in a café right in front of the river. I went to the pool in the hotel but it was overcast so we sat in my friends room chatting and just as I was about to leave the heavens opened and it poured for three hours… so there I stayed!

Not doing anything all afternoon made me more sleepy so after a late dinner I went straight to bed…. In my huge bed!!

I said goodbye to the elderly couple at breakfast. I then panicked because I’d lost my flight ticket home, I rang the travel agent to get her to email it to me, but there was no internet on the computer in the hotel so I still couldn’t print it… I then found it. It was on the same page as my outward flight, but I had been looking for a separate sheet! Silly little things…

I made the mistake of going to a store that I’d promised to visit and ended up buying yet more gifts… I think I’m going to have to pay for an extra bag for my flight home to England! I saw some ornaments on sale, exactly the same as the ones I’d brought on Marble Mountain, but not quite as nice, for about half the price… *breathe… and let it go!!*

I walked around the old town taking some last pictures of the beautiful Hoi An before eating ice cream by the river. At lunch I met two women, one of whom had been in a long distance relationship for two years, from Australia to Jakarta! They were finally moving to Australia together in a few weeks. It’s crazy, I expected travelling to be a single person thing and felt a bit silly arriving while dating someone in Spain, but I’ve met more long distance couples than single people! There is hope!

I hate airports. I arrived to see my flight had been delayed by 25 minutes already and there were no Vietjet desks open. When they finally did, I told them I needed to pay to check in my suitcase, and I had the rest of my stuff in another bag as hand luggage. They weighed the bag and it was 7.6kg so they said I didn’t need to check it in, I said “Yes but what about this bag?” pointing to the one on my shoulder and the guy said “Never mind that!” So, on the way here I had to pay for extra weight, on the way back, when I had various very heavy gifts and three new dresses I got on for free! Insane. They literally make up the rules as they go along.

I got a text about more private tuition classes, I am going to teach an extra hour every Thursday for 2 million dong a month, this is £15 an hour. I managed to find a transfer bus to take me back home which was only $2, however I hadn’t realised this would mean waiting an hour until the bus was full!! I got home, exhausted, but a great trip!