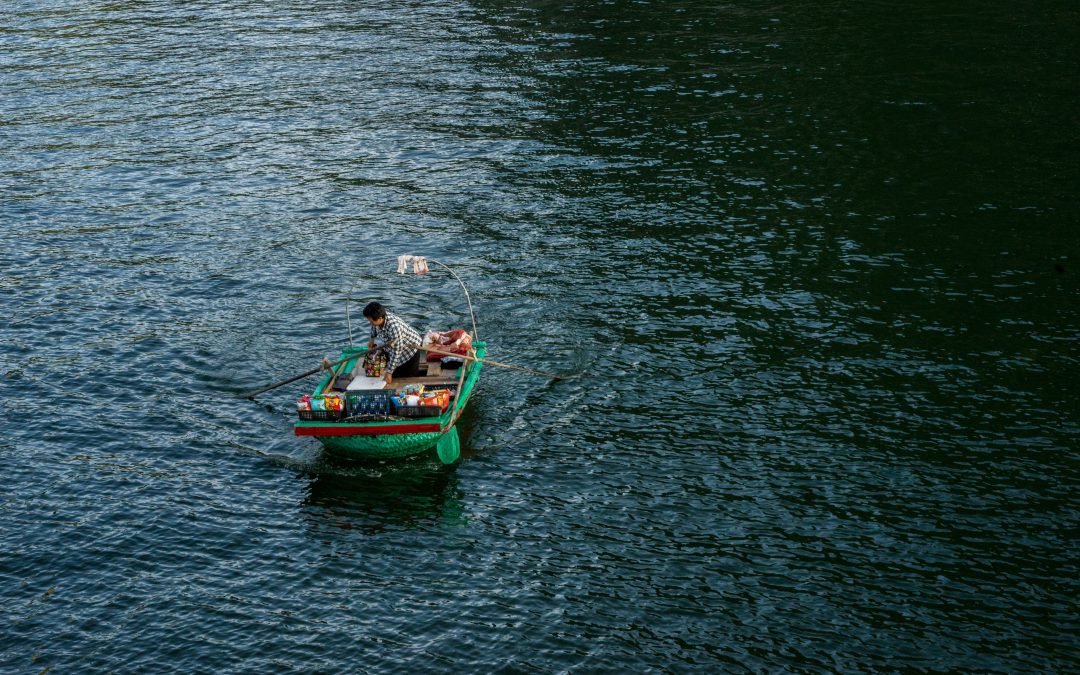 We got up at around 9am and headed for the hotel’s breakfast. I stuffed myself with a chip and bacon butty (alright, you got me – four chip and bacon butties). I had the distinct suspicion that the stone and a half I’d lost was going to go straight back on at Christmas.

Then we went for a swim in the pool, I must remember to upload the video of us teaching Taylor to swim – it was a lot of fun. Grant was dunking him into the water bit by bit, I pointed out that we should probably teach Taylor to close his eyes before continuing the game.

Hien’s sister wouldn’t join us in the pool; she wanted to go in the sea, so I went with her. She didn’t speak any English, but I gave her a swimming lesson anyway, and I’m taking her laughter as a sign of her enjoyment. It definitely made swimming lessons trickier though.

Hien eventually joined us and she speaks much better English, which was useful up until I was helping them touch the bottom and it went up Hien’s sister’s nose. That was the end of that.

The communication problems continued when we caught a taxi for food. When we arrived at the post office, Hien said, “Yes, we are meeting my friends here”.

“But I thought we were going for food?”

Without translating for us, Hien instructed the driver to turn around. Halfway back we asked why Hien why we weren’t meeting her friends (we’d driven all the way there!).

The drama didn’t leave us at the restaurant – we ordered lamb chops that were literally 98% fat. After complaining, the manager told us that’s Hien they came. Grant got rather annoyed and began taking photo-evidence for trip advisor. We eventually got two-for-one which was deserved because they were extremely expensive! I should have learned by now not to order Western food in Vietnam. It’s never the same.

When a tour guide came over to our restaurant to book us on a boat trip, things escalated. I think they were only meant to book tickets at the office, but this guy decided to take his chances and cross the road to our restaurant. When we arrived at the booking office, the woman went absolutely ballistic at the guy we’d booked with. I really thought she was going to hit him.

Everyone was shouting in Vietnamese, Grant kept asking everyone what was going on – only to be annoyed by the clear lack of useful answers. I’m still only half-confident that I understood what was happening. But as Grant grew increasingly angry, I realised I’m more chilled-out than I thought. The entire situation didn’t faze me at all; I was quite amused about it and counted my blessings!

Then we get to “The Great Boat Drama” when Grant dared to ask if there were towels on the boat. We’d all agreed that morning that we wanted to go swimming and visit all the nearby islands. We’d tried and failed to get a speedboat. so we were taking an old junk boat.

Hien then kindly informed him, “Oh no, we can’t go swimming – too dangerous.”

Grant took out his iPad and refused to talk to her. I went upstairs to sunbathe.

We pulled into a cave as the pouring rain turned into a thunderstorm. Grant and I didn’t want to pay for entry as we’d already been there. It was pouring with rain and it was going to waste all our tour-time, so we headed for a kayaking spot. I wasn’t keen on that either – it was pissing it down and I don’t enjoy kayaking. But as I stood debating, the rain subsided, and I decided to give it a go for Grant’s sake.

Eventually, Grant managed to go swimming – I decided not to because the water looked a bit gross. So I just sat amused as Grant tried to hall himself out of the water and back onto the deck because there were no steps, just a vertical ledge with ropes attached. It took five Vietnamese guys to haul him up! Hilarious.

The final drama of this very dramatic day happened when we went for drinks that night. Hien decided she wanted to go home or go clubbing (with the three-year-old and eight-month-old). I kindly pointed out that she couldn’t take a baby clubbing. So she decided to walk around the town. I put my foot down at this point and said that I was not leaving the bar to wander the streets. Eventually, after staying for a few more, we all went home. It suited me quite well, I was shattered.